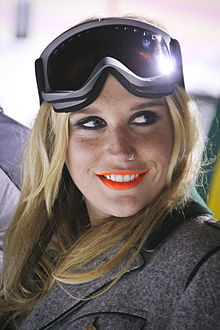 A few months ago I found myself wondering “Where has Kesha been?” After she released her sophomore album, Warrior, in 2012, she seemed to have fallen off not only the face of iTunes, but the face of the music industry all together. Little did she know that she would soon have to embody the name of her latest album.

On Tuesday, October 14th, the 28 year old broke her silence about the man who has been producing her music for the past seven years. Kesha claims that her producer, who goes by the pseudonym Dr. Luke, sexually assaulted her. She also says he was emotionally abusive, which landed her in rehab for an eating disorder. She quietly checked into a rehabilitation center in Chicago in early 2014.

You might ask, “Why she doesn’t simply find herself another producer?” The answer is, unfortunately, not so simple. When she first filed a lawsuit against Dr. Luke in October 2014, a judge ruled that the singer could not be let out of her exclusive contract with the label unless Dr. Luke agreed to end his partnership with the young singer.

As a result, Dr. Luke is the only person who holds the power to break the contract. He, of course, is denying the accusations and is refusing any kind of deal or termination. Sony says that they have no control over the contract, and released a statement saying that “Sony is doing everything it can to support the artist in these circumstances.”

Kesha’s fans are not accepting the excuses that Sony is providing. In response to the statement, a number of fans gathered outside Sony headquarters holding protest signs on the 26th. Kesha’s fans are not the only people showing their support, either. Country pop star Taylor Swift donated $250,000 to Kesha and her family, while Lady GaGa stands by her side asking the world to “stop victim shaming.” Several other artists have offered to help her produce music for free or appear on a revival album. We know that Kesha is anxious to not only release the music she has undoubtedly been holding onto for years now but to also break free from her abuser. This Kesha fan, as well as millions of others, is anxious as well. Since the trial, over 400,000 protesters have signed a #freekesha petition which was delivered to the Sony Music office in Manhattan.

This article was written by Savvy Bowen.