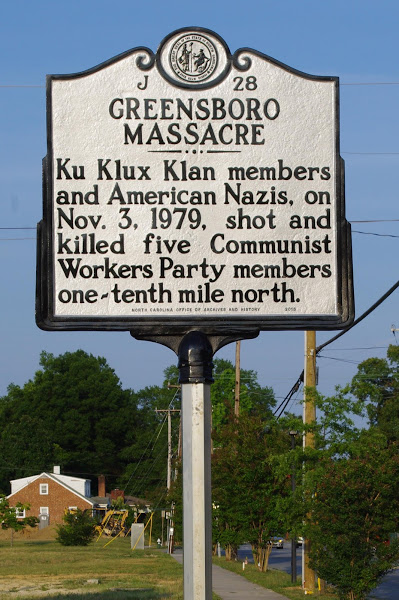 In 1979, the Communist Workers’ Party held a march in Greensboro to protest the Ku Klux Klan. Shortly after the march began, 40 Klan members showed up in retaliation and after agitation from both sides, shots were fired by both sides. Five died that day. In the weeks following the attack, people all over the country were left asking why it had become so deadly.