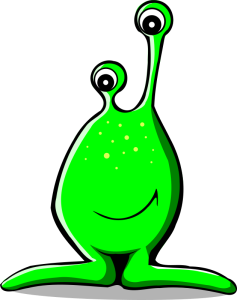 Have you and your friends run out of stuff to do around town? Are you looking for a fun date idea to impress your significant other? Have you wanted to go on an adventure that’s “out of this world?” As you’ve probably already heard, the hot new trend in America’s youth is none other than alien abduction. While alien abductions have been happening for centuries, most people who have been abducted were abducted against their will – until now! Teens and young now try to be abducted for fun – and it’s been working. American youths have been clamoring to jump on this latest trend since the hashtag #AbductMe went viral.

Do you want to be abducted? Here are the top five places for you and your friends to try to be abducted by aliens in the Greensboro area.

5: Elm Street – Elm Street is full of fun and artsy places for you and your buddies to shop, eat, explore, and be kidnapped by beings from another planet. The aliens are attracted to the hippie vibe. Aliens love places where you can buy vegan tacos and drink iced tea out of mason jars.

4: Main Building – Some of the best abduction attractions are right here at Greensboro College! You’ve probably heard that the Main Building is haunted, but did you also know that it contains a force field that attracts alien energy?

(Weatherspoon.uncg.edu)
3: Weatherspoon Art Center – Not only does UNCG’s art museum offer a beautiful collection of painting and sculpture, but it also is a hotspot for extra-terrestrial activity! Look closely at some of the works. There are hidden messages from the alien overlords you could overlook if you don’t look hard enough. You just may find out how to let them know you’re ready to be taken!

(formerly twitter.com; must be viewed using Bing Images)
2: Taste Yogurt Bar – Everyone knows that no frozen yogurt tastes better than the fro-yo from the frozen yogurt shop on Tate Street. However, it has been mysteriously closed for almost the whole month of February, with no information as to why posted at the store or on their website or Facebook page. Could this be due to alien interference? You bet! We here at The Collegian believe that this go-to fro-yo shop and everyone in it has been taken by aliens so that they can perform experiments and try to discover what makes their fro-yo taste so good. Break into the old shop for your best bet of being included with the aliens’ next sweep of the area!

1: The New Lacrosse Field – Nothing says “abduct me!” like hanging out in the middle of a giant field in the middle of the night! Can you imagine bringing a beautiful date onto the field, setting up a moonlit picnic, laying on blankets under the stars while confessing your love, and suddenly hearing a swoosh and seeing large colorful lights lighting up the sky, all while a giant spotlight engulfs you and your date and pulls you both into an UFO? Nothing could ever be more cinematic and memorable. Four couples have already been taken in alien spacecraft from the new field since its completion. Will you be one-half of lucky couple number 5?

Getting abducted by extraterrestrials is not only fun, but it’s also safe and easy. And most importantly, it’s free! So next time you have no idea what you want to do on a Friday night, try getting taken by aliens! It’s easier than you’d think! If you make it back alive, write to The Collegian and let us know what happens next! 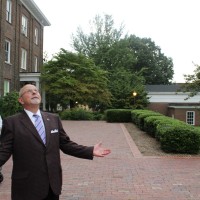