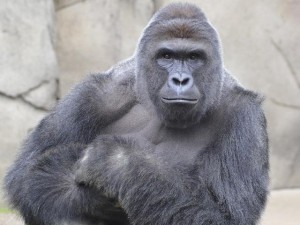 The Cincinnati Zoo has been under fire lately for making the quick decision to kill a gorilla, Harambe, after a young boy fell into his enclosure. Within a matter of seconds, it was up to the staff of the zoo to make a quick decision for the sake of a child’s life, and with the new age of the internet, more than just witnesses had something to say.

Several media outlets were quick to judge the family, even going as far as bringing up the father’s criminal record, who was not at the scene of this incident. This, along with other media coverage, brought upon a storm of social media commentary, with some arguments agreeing with the Cincinnati Zoo’s decision to kill Harambe, and others refuting that action.

What many news outlets, social media accounts, and even witnesses have seemingly forgotten is that the Cincinnati Zoo has a legal obligation to handle certain situations, especially those that involve immediate danger, properly. Regardless of the zoo’s stance on the matter, and regardless of what others think, the law has to be followed and was in the case of Harambe.

According to federal law, if a child is in a dangerous situation with an animal, whether it be a house pet or an endangered species, it is considered negligent to not intervene in whatever way is necessary in order to protect the child. So, because Harambe was considered an immediate threat, and because a tranquilizer would have likely not worked in time considering Harambe’s size, the 450 pound gorilla had to be shot and killed to save the 3 year old boy.

Much of the discussion sparked because of the fact that gorillas are considered endangered, and therefore need to be kept alive as much as possible for the sake of the species continuing to exist. For those who claim to care about endangered species, I have to ask, what exactly are you doing to help endangered species on an everyday basis? Do your actions, donations, and/or volunteer work reflect your passion for preserving wildlife? If so, why not start?

I ask these questions because a lot of the people siding with Harambe have never shown any interest in the preservation of wildlife previously, and don’t seem to do much about the prevention of species extinction, well, ever. If you want to see a change happen, and if you truly care about these animals, do something about it. Be the change you wish to see, for Harambe’s sake.

This article was written by Amanda Owens. 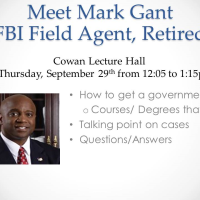