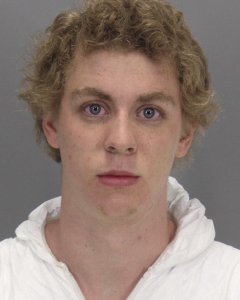 A few weeks ago, the Greensboro College Theatre Department debuted its production of “Small Engine Repair,” a show that deals with intense material such as underage sexting, revenge, and the consequences that one girl faces when she attempts to take her own life after implied an underage sexting scandal. Watching this show I couldn’t help but think of current events happening on college campuses across America that involve sexual assault and rape.

One in particular, the case of Brock Turner, has taken social media by storm. Turner was convicted of three counts of sexual assault. At the time of the incident, Turner was apprehended by two students who restrained him until police arrived. Turner spent a total of one night in jail after posting $150,000 bail.

Several court proceedings followed this assault, the latest involving the highly critiqued Judge Aaron Persky. Persky sentenced Turner to six months of jail time in the Santa Clara County jail followed by three months of probation. Turner will also have to register on the sex offender list and participate in a sex offender rehabilitation program. His convictions, which include counts of rape and sexual assault, could have carried a max sentence of 14 years.

Following his sentencing, Brock Turner memes swept the internet, most pointing to the fact that his sentence was unjust to, because many believe it is way too short. I happen to be one of these people. When you look at the evidence that he was caught sexually assaulting a 22-year-old woman in an alleyway, it’s difficult to not be angry at the fact that he is only spending 6 months behind bars.

This isn’t surprising though, as most cases of sexual assault are not even brought to court. It is estimated that 6 out of 1,000 cases of rape and/or sexual assault will be prosecuted, with only 344 out of 1,000 being reported. This is a gross estimate from RAINN, the nation’s largest anti-sexual violence organization and, unfortunately, this statistic will never be completely accurate. The data relies on victims confessing to being assaulted, and many don’t.

This is the problem with sexual assault — it’s hard to prosecute, and it often goes unreported. Victims often feel a sense of guilt or shame behind the assault, which prevents them from speaking up. Some victims may have an allegiance to the abuser, as many of these cases happen between couples and people who know each other.

This is going to be an unpopular opinion; however, as a victim of sexual assault in high school who didn’t speak up, I have to say this – You need to tell someone. It’s one of the most difficult things a person can be expected to do, but it needs to be done. Luckily in Turner’s case, there were eye witnesses, but there often aren’t. These crimes happen behind closed doors, which makes them less likely to be prosecuted. Many people end up not reporting sexual assault because of the likelihood that prosecution won’t happen, but for the victim’s sake, it’s important to still say something to spare someone else.

It’s also important to speak up so that the victim can get help. There is no shame in seeking therapy or other forms of guidance, such as from family and friends. Reporting to the police can also give a victim closure, and add legitimacy to future claims of sexual assault, as many abusers will strike again.

For the sake of other men and women out there, it’s necessary that you say something if you have been the victim of sexual assault. As disappointing as Turner’s short sentencing is, you can be a part of creating a safer world for future victims of assault. Please, if you have been a victim, report your abuser.

Greensboro College has a resource for victims of assault, so if you have something to report please contact Emily Scott at titleix@greensboro.edu or visit https://www.greensboro.edu/sexual-misconduct-form.php. To report anonymously please call 336-272-7102, ext. 5496, though I urge you to please talk to authorities first.

While Turner’s sentencing may be unjust, his karma will hopefully bite him. Continue the discussion behind this injustice so that other victims feel heard, and if you’re a victim, make your voice heard.

This article was written by Amanda Owens.