The “American dream” is the idea that if people work hard enough, they can climb the social and economic ladders and achieve anything they want. It is a beautiful sentiment and it has inspired many great leaders to work hard enough to achieve things that may have seemed impossible. In this day and age, though, that dream can be exaggerated and exploited to an infuriating degree.

Millenials and Gen-Zs, or anyone with an Instagram account, are familiar with the “motivating,” “boss” accounts on the site that post daily “inspirational” content. There is always some random, vaguely expensive-looking material good in the background like a Lamborghini or a Rolex or a beautiful, thin woman in a pantsuit with a superimposed quote that reads something like, “I started with nothing, so now I stop for nothing,” or “If you can make one dollar, you can make a million more.” For some reason many of these posts also include pictures of lions or Dwayne “the Rock” Johnson.

This genre of account has many different subgenres, including the “girl-boss” motif. These posts are overwhelmingly pink in tone, and instead of predatory cats or “the Rock” they include pictures of coffee mugs and Louboutins. They often feature quotes credited to Coco Chanel or Audrey Hepburn about working hard as women that neither Chanel nor Hepburn likely ever said.

But we know, just from observing our country or even local leaders, that hard work is not what makes people rich. If that were true, our construction workers, our nurses, our teachers and the like would be the richest people in the country. The promise that if young people would just “go the extra mile,” they can be the next Steve Jobs is a farce. But even as young people see that the richest people in America are usually those who were given a better chance and that those who were not are the exceptions, they continue to hold on to the idea that if they just work harder they can achieve what those millionaires have.

It is the mentality of the marketing that puts stay-at-home mothers in thousands of dollars of debt because they invested in a multi-level marketing (MLM) scheme that convinced them that they could be their own “bosses” through their company and make some extra spending money, but instead fell behind on meeting their quotas and now own 100 bottles of essential oils they never needed.

Many young people seem to compete for who works the most hours, or who has the most jobs at one time — as if exhaustion is a step towards their goals. It is not just a simple comparison of résumés or qualifications, it is a bragging about loss of sleep and lack of social life in an attempt to prove they are more self-sacrificial than those around them. But who cares?

Living a miserable life does not automatically grant one a successful future, simply because it is miserable. Though the nature of these messages that target men and women are often very different (posts for men are generally aggressive and proud, while posts for women are usually focused on ‘behind the scenes’ entrepreneurial work), they feature common encouragements for lack of sleep or personal care, even when we know statistically people are more productive when they are happy and healthy.

It is not healthy for young people to believe that they are only useful or worthy when they are being productive. The invasion of the all-work-no-play mentality into our homes after our work day is done is not a healthy, nor a successful mindset. Shouldn’t the American dream be about working hard enough that you can actually enjoy living?

These posts and the larger myth that America is a meritocracy, or that all citizens have an equal opportunity to “make it,” may be inspirational in some very positive ways, but they are also damaging in that they trick people into believing that all those in power or with money earned it, that everyone is on a level playing field when it comes to earning power and money, and that the traditional 9-5 job can never be enough to satisfy your mind or your lifestyle.

It is a very small world-view that seems to be a tool wielded by those in power against those who are not in power. At its worst, it blames those who are not wealthy or powerful for their own lack of affluence without considering any nuances of culture, background, socioeconomic status, discrimination or opportunity. At its most basic level, though, it encourages people to give up the things that make life fun and easy in order to earn more money and status for a life that will eventually end, with the person never having taken the time off to enjoy it. 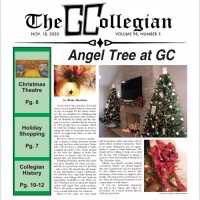