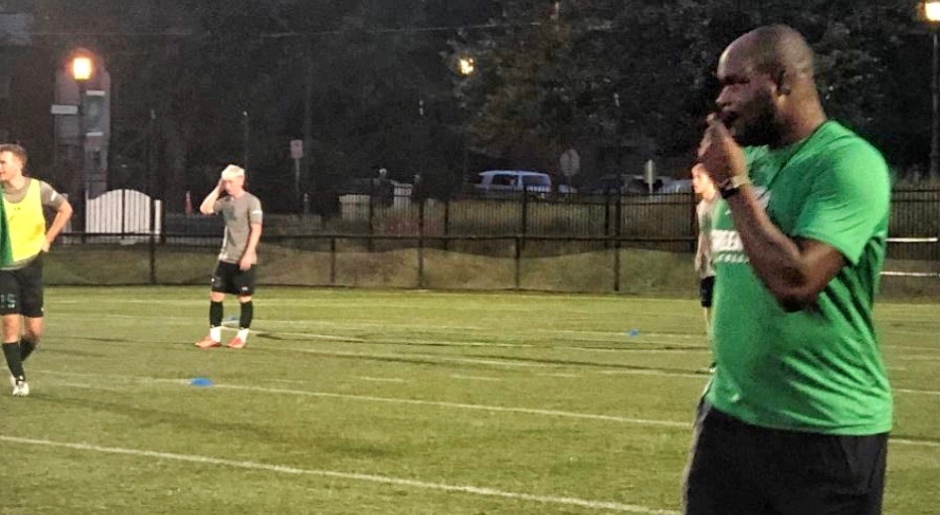 After playing there for two years, he transferred to Greensboro College where he spent his final two collegiate years as the Pride’s starting goalkeeper. Nyepon still holds the current record for in-conference shutouts and clean sheets. He was elected to the all-conference teams both years he was a member of the Pride, leading his team to the conference finals his junior and senior year, winning in 2013.

After his tenure in the nation’s capital, Nyepon returns to his alma mater, assuming the role of head coach following the exit of six-year head coach Tony Falvino. Falvino led the team to 3 regular-season titles (2015, 2018, 2021). In addition to those titles, he also won twice (2015, 2021) in his time here, and was elected USA South coach of the year in 2015. Following the conclusion of the 2021 spring season, Coach Falvino joined the Mercer University Bears, with Nyepon filling his place at GC, assisted by an alumni of the team, Camden Brooks.

“It feels good to be home.” said Nyepon. “This is my first season as a head coach, and we have got a good, responsible group of guys that I am excited to get to know. I think we have the chance to do something special, it just takes effort and trust in each other, and if we have those, I do not think there is anything that can stand in our way.”

According to the USA South coaches’ poll, the Pride is listed in third place to win the regular season, despite being the previous season’s champions. With players transferring, the change in coaching staff and a packed game schedule, the men’s Pride soccer team faces new obstacles. Now listed with 18 games, compared to the 12 played in the spring earlier this year, they look to defend their title and bring another championship home.

Returning senior Jordy Briceno who led the team in goals and assists this past year has given word he fully intends to end his college career on a high note. “We will be facing a much tougher scenario than last year, given that we have a new coach as well as a larger roster and more out of conference games,” said Briceno. “But nothing has ever stopped us from achieving what we want to when we put the work in.”

In addition to the new coaching staff and recruits, the Pride is also presented with the chance to play night games, with the new flood lights that were recently installed. Bringing back the possibility for Friday night light games, many members are excited to take on opponents at home after a long year of empty stands due to Covid-19. As the men’s soccer team prepares for their first conference game, they will brave this new atmosphere. 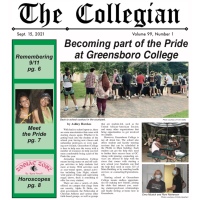