The Misinformed Controversy Behind Beyoncé’s Formation

Beyoncé released her new single Formation on February 6th, and heads were spinning. This uproar was then followed by her Super Bowl 50 performance, in which her backup dancers dressed similarly to the Black Panthers, and she was dressed in a bullet jacket reminiscent of a 1993 halftime performance from Michael Jackson.

As a minority female who’s not black, this controversy for me was… confusing. It took a lot of ridiculous articles and some simply arbitrary statements to finally understand why some were enraged – Beyoncé did something different. GASP!

God forbid an artist push the boundaries! After all, how did we as a society react to Macklemore’s 2012 hit Same Love, featuring pro-LGBT acceptance lyrics? Oh, wait, I can’t find a single reputable article claiming that his song was in any way offensive.

Artists, whether they be musicians or some other type of artist, are inherently controversial. That just happens to be the nature of artistic expression. However, to say that Beyoncé’s Formation falls into the same category of controversy as any other previously stated example is just ridiculous. She wrote a song expressing her pride in her race. Since when is that a bad thing?

This isn’t even to mention her Super Bowl 50 performance, which I personally loved. I’ve actually watched it on repeat alone in my bedroom more times than I’m proud to admit, and never once have I thought “gee, this really isn’t okay.”

Black pride and female empowerment are beautiful virtues to be celebrated, not belittled. Beyoncé’s unapologetic performances in both Formation and Super Bowl 50 were unique for her because she, in her long standing career, hadn’t yet embraced those virtues as much as she did that weekend. While Beyoncé does have a collection of female pride songs, such as Run the World (Girls) and Diva, the combination of racial and gender pride had yet to be addressed in her work.

Personally, I also really love Formation. While I’m not black, and thus cannot so much as attempt to empathize with the hardships that black people face, especially in America, I can sympathize on some level with discrimination. In my own life I have been discriminated both for being Hispanic and being a female. That’s not to say that my past struggles are at all comparable, because they aren’t. But as a minority female especially, I appreciate any song celebrating diversity and female empowerment, especially when expressed through a Goddess such as Beyoncé.

The point of artistic expression, whether it be through music, film, writing, dance, or any other form, is to evoke a message. However, that message is often up to the interpreter, meaning you’ll take from it what you will. This same rule can be applied to the lyrics, imagery, and dancing in Beyoncé’s Formation. If you choose to interpret her lyrics as racist, that’s on you, the listener or viewer.

If the artist clearly states that their intent was not to discriminate or belittle one race in favor of another, it can rightfully be assumed that their intent was for their audience to do the same and not find racism in the art. While unintentional racism does exist, and is problematic, I strongly believe that it is not present in any work Beyoncé has ever done, including Formation and her Super Bowl 50 performance. But, I am just one interpreter – what you take from Formation is up to you.

So here’s to all of the people who find solace in Formation – slay, okay! If that’s not you, that’s fine, Beyoncé has a whole repertoire dating back to her work with Destiny’s Child in 1997, so I encourage you to find a piece of hers you will enjoy. This one may have just not been for you… 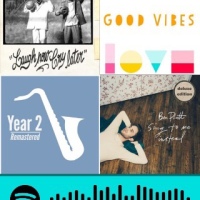