Every fan of science fiction knows that in space—the Final Frontier—people use advanced technology to fight galactic wars over good and evil, go where no one has gone before, make drinks that are almost, but not quite entirely unlike, tea, and do other amazing things that are, as of the modern level of technological development, just fantasy.

The 2016 NASA Space Apps challenge sought to bring these inventions out of the realm of fiction and into reality by getting the public’s help in creating the next new innovation. The challenge was hosted at 176 different locations, including Greensboro College from April 22nd—24th. At Greensboro College, three teams were nominated by judges to go on to the global round in which projects were judged by NASA. One of the teams that was nominated, Fractalnet, went on to become one of six global winners (“Best Mission Concept”), beating about 1,286 other projects.

“We’re still baffled by it. We won?” Dr. Sommerlad-Rogers, who organized the event, said in an interview with The Collegian. Dr. Sommerlad-Rogers noted that there were sites in many bigger cities like Tokyo and San Francisco from which a winning project didn’t come.

On Friday, April 22nd, the contestants were introduced to the NASA Space Apps challenge in Lea Center—but the event truly began the next day on the 23rd.

“Everybody meets up on Saturday around nine, and we have an hour or two of opening, and then teams pitch what they want to do, trying to get other people involved, and then they spend the rest of the weekend till four o’clock on Sunday making their project,” explained Dr. Sommerlad-Rogers.

Then, on Sunday, they began getting ready to present their projects to the judges and doing other miscellaneous things required by the event’s guidelines, so that the event could conclude.

“We asked them to stop at four to put together their presentations and all their information—it’s all going to be open-source, it all goes up on GitHub [a computer code-sharing website], and everything like that, and then they do their pitches, and then we judge, and give out awards,” Dr. Sommerlad-Rogers told The Collegian.

The judges thought Fractalnet was extremely impressive when the Fayetteville-based group presenting it made its presentation.

“When they presented this project, and [we saw] how complete it was, I literally said, ‘Oh my god, we could win!’” Dr. Sommerlad said.

The Fractalnet project was envisioned as a solution to a simple problem that presents itself both on Earth and on asteroids and other planets—that explorers in tunnels cannot easily communicate with their base outside because rock walls block radio waves, therefore prohibiting direct communication with the base. Fractalnet solves this issue by introducing the concept of an interlinked network of transceivers that can easily be placed with the help of a special glove. The transceivers relay information between other transceivers, the base, and any robotic or human members of the tunnel scouting party. They are placed right before the robots or humans get out of range of the transceiver to which they are currently connected, enabling them to create the network as they go. The glove basically supervises this whole process, in a sense, working out the technical details of adding the new link. It also records unique coordinates for each node as nodes are placed (which allows the base to construct a map of the tunnel system). It even allows users to view other users’ life signs or to control many different kinds of robots through the network. Basically, Fractalnet is like a smaller, dynamic version of the Internet itself, with specialized devices for connecting to and using it.

As their prize, the Fractalnet team and the people who hosted Space Apps at Greensboro College were invited to travel to Cape Canaveral on September 8, 2016, to see the launch of the spacecraft OSIRIS-REx, which is due to visit the asteroid Bennu and return a sample to Earth by 2023. They may also develop their invention in collaboration with NASA.

Besides Dr. Sommerlad-Rogers, the Greensboro College event was also run with the help of Dr. Rogers (who has experience working at NASA) and Geeks Without Bounds (an organization based in Seattle, Washington, that uses technology to achieve humanitarian objectives).

The organizers have not decided yet whether or not we will host the Space Apps competition again. The Drs. Rogers explained in an interview with The Collegian that the public did not demonstrate very much interest last year, so they hope to gain enough support to make repeating the event feasible. Please contact the Drs. Rogers and assure them your participation in the 2017 event—Space Apps could push more incredible inventions out of fiction and into reality, changing the world as we know it.

This article was written by Joshua Fitzgerald. 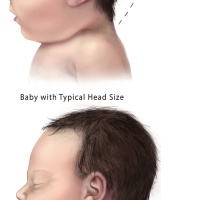