Did you know that there’s even controversy within Christianity? It comes in several different forms and is a common theme amongst traditional churches like Baptists and some Wesleyan denominations that Christian Contemporary Music (CCM) is “of the world.” These are more conservative churches and they don’t like the newer contemporary music because it can be too closely related to the world. These types of churches tend to stick to the traditional hymns and southern gospel types of music. CCM has electric guitars, drums, and upbeat tempos.

For a while I agreed with them because it was my church that said it. Then I thought about it more and found their reasoning to be false. The reason I think it is false is because CCM is just another way to get the message of Christ out there. It reaches a new generation that Southern gospel or hymns wouldn’t reach. I know what you’re thinking, how can a Baptist love modern things, although not all Baptists are old fashioned.

I was talking with my mother this past weekend about how I get the best of both worlds when it comes to music. I get to listen to and appreciate traditional Southern Gospel and hymns as well as listening to modern, contemporary Christian music. CCM has secular leanings, so what. As a Christian it is our main goal to spread the message and love of Jesus. This is a different way to reach out to those who are hurting or just need to be loved, I don’t want all of you to think that all traditional Southern Baptists disagree because I have younger friends who are closer to my age who agree.

CCM has a wide variety of genres. From Lecrae and Toby Mac who are mostly heavy rap, to heavy metal, to pop like Hillsong United and Casting Crowns. It reaches an even wider variety of people than the limited audience of southern gospel. I was told once that CCM is bad because it makes you, as a Christian, lean towards more secular music, I disagree. I already listen to secular music, because as a musician myself I appreciate all kinds whether it be secular or religious. I choose to listen to CCM because it is upbeat with great tempos and it’s inspirational. How much better could you get than that? The world is changing and sometimes we need to change with it and that’s no exceptions for church.

I agree with the traditional values of my denomination and practice them daily, however I am an independent woman who forms her own thoughts and feelings. Therefore, I choose what books to read and what music to listen to. The church also dictates what books are good and are not good to read, meaning moral and immoral. I want anyone telling me what I can and cannot read and the same goes for music.

I have what I like to call a Facebook ministry. What I aim to do is reach my friends and family with Jesus through Facebook. I make it my goal to witness and share His word with my Facebook world so that someday I may plant that seed of Hope and salvation through Jesus and someone may listen. The same thing can be said about this music. For some, music is the only way they can escape the harsh realities of the world around them. Music is the only thing that could save their life. There is power in music. It is a universal tool and if it is being used to honor and glorify God and get His word out then what’s wrong with that? Absolutely nothing.

(This article was written by Lauren Smith) 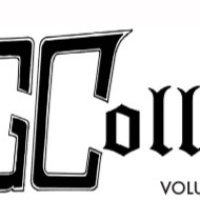 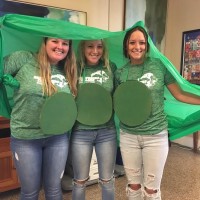