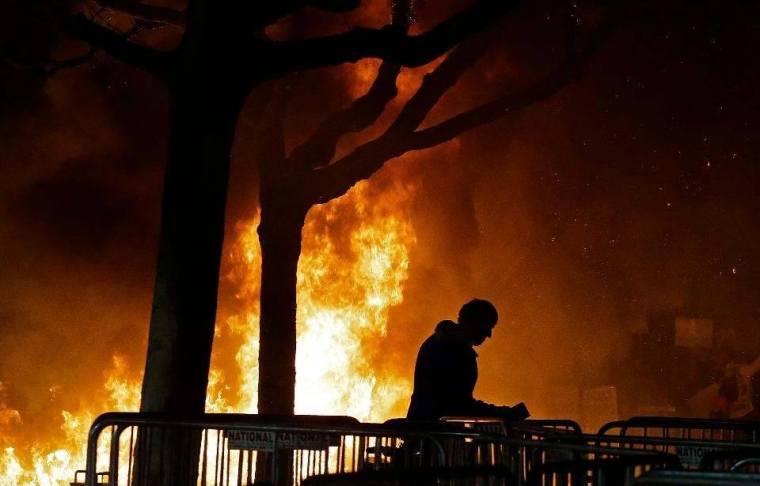 Even though the Republicans won the election, they became the “bad guys.” Their opponents organized a “rebellion,” even though they were not technically oppressed, and the media embraced it. Some members of the “rebellion,” which claimed to represent the best interests of the country, smashed windows, injured policemen and other people, and committed acts of vandalism, according to the Special Broadcasting Service.

According to the Cook Political Report, 46% of voters, or 62,979,636 people, voted for Donald Trump in the 2016 election. However, after actually discovering that Trump was going to be our next president, many of those conservatives retreated into a shell the day after the election.

These conservatives were worried about someone finding out that they voted for Donald Trump. They knew what they would receive—verbal assaults, hatred, and noise. More and more conservatives hid who they were. Many people felt that their hard-earned rights were being stolen. They felt bare. The silence only grew but conservatives found themselves muted by a louder party. Why could the other side express openly how they felt about the election, while  conservatives couldn’t share the excitement? Instead, everything felt biased against them.

A Trump supporter and public speaker named Milo Yiannopoulos has had to cancel several public speaking events; he has been threatened and his supporters have been attacked. Yiannopoulos recently planned to speak at the University of California at Berkeley, but rioted and attacked his supporters, causing over $100,000 worth of damages—as the media watched. One female Trump supporter, who was wearing a “Make America Great Again” hat, was pepper sprayed by an unknown assailant wearing a mask while being interviewed by ABC 7 News at the event. Her cousin, a Democrat, who was also pepper sprayed, subsequently argued on social media that no one should be attacked over political views. Yiannopoulos also criticized the attackers on social media; he wrote that their actions were “antithetical” to free speech, according to USA Today.

The conservatives became the evil, oppressive, faceless targets; The Guardian, for instance, called women who voted for Trump “misogynist.” Instead of an article about those celebrating a Trump win, a New York Times’s headline read, “Democrats, Students, and Foreign Allies Face the Reality of a Trump Presidency.”

Until the Inauguration took place, many conservatives were silent. However, when Trump took the oath of office, they loudly and proudly showed their loyalty and undying support for the President. Their voices rang out only briefly, however; the protests soon occurred.

Even now, Republicans still feel silenced by some of the same people who preach equality, peace, and love. They can’t go anywhere and openly discuss their feelings about Trump; they can’t discuss good or bad decisions he’s made. If they do discuss Trump positively, they are called racists, bigots, stupid, ignorant, uneducated, deplorable, and dumb.