The Greensboro College theater department recently produced “Babes In Hollywood” which portrays the dazzling life of Judy Garland and Mickey Rooney. Jelani Bell, an acting major here at Greensboro Collge, gave us the opportunity to see the play from the perspective of an actor.

Throughout the play, Bell portrayed several characters that he had to research to understand how to best portray them on stage. He listened to the music and learned to recreate the style of the piece and also took special interest in actor Gene Kelly. Bell listened and watched how Gene Kelly performs and tried to model this in his performance.

Bell is not a musical theater major which led to struggles with the musical; he felt inadequate because of his castmate’s history in musical theater, but this served to inspire his personal and professional growth as an actor.

Learning his lines took a day, choreography took one hour long class and a few days of muscle memory, and the music took a week; while all of this may seem miniscule to those of us not experienced in the world of theater, for Bell it was a significant amount of time to put into preperation.

Although learning and preparing for the musical was stressful and demanding Bell still made many memories including his favorite of the audience clapping after a particular dance routine and spending time with his castmates. Being a part of “Babes In Hollywood” took Bell out of his comfort zone and allowed him to grow and become more confident in his work. 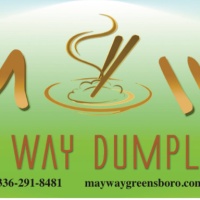