The school year may be young, but that has not stopped the Greensboro College Theatre Department from hitting the ground running. Before the first week of classes had concluded, “The Property Known as Garland” by Billy Van Zandt hit the Annie Sellers Jordan Parlor Theater, running from August 18th through August 20th. Written by Billy Van Zandt, directed by GC Musical Theatre professor William Perry Morgan-Hall, and starring senior acting major Makenzie Degenhardt and sophomore major Jackson Gemborys, this show kicked off a new theatre season with a bang, thanks to a witty script, star performances, and expert craftsmanship.
“The Property Known as Garland” focuses on the real-life story of legendary actress Judy Garland (Degenhardt) as she reminisces on her life’s ups, downs, and everything-in-between while hapless gofer Ed (Gemborys) struggles to prepare her for (what would be) her final performance. It might not sound like much, but the material on display in this production was excellent. The script crackles with Garland delivering blistering zingers about her former co-stars and directors, raging against her wicked witch of a mother, and fiercely defending herself from the army of critics and paparazzi eager to profit from her disappearing dignity. While the show does have a two-person cast, “Garland” is practically a one-woman show; Garland mostly monologues to the audience while Ed pops in and out from time to time to provide some slap-stick comic relief. Perhaps most intriguing about the script is its skillful handling of contrasts. It mixes fact and fiction, joy and sorrow, and hope and despair together so thoroughly that the contradictions take on a truth of their own.
Degenhardt handles these contradictions with aplomb, choosing sincerity over apprehension, and steering the show away from indecisiveness. Her Judy Garland seems to combine a boozy Marilyn Monroe with a steely Norma Desmond, appearing intimidating, yet approachable. Her audience (all of us in the seats) becomes simultaneously her best friend, closet confessor, and scene partner. Gemborys is equally well-acted and humorously adorable, although he has significantly less juicy material to bite into.
These performances combine with elegantly invisible production design to create a world one cannot help but inhabit. William Perry Morgan directs with a deft hand, keeping his actors and props moving briskly around the set without it all feeling contrived or staged. Light designer John Saari uses Parlor Theatre’s stage lights to subtly distort space and time. With a slight increase in house lighting, he successfully brings us audience members into the scene with Judy, strengthening the connection between the actors and the audience.
It is through this connection that the cast and crew reveal this show’s beautiful soul. It is not merely a cautionary tale of celebrity. Instead, it is a romantic correspondence between a performer and her audience. It wants to make a living legend real for us. It wants us to feel a sort of romantic admiration for performers like Garland who sacrifice their souls to a ravenous public and uncaring industry in exchange for the fleeting moments of Paradise found in a theatre. In that regard, “The Property Known as Garland” succeeds. Hopefully, the Greensboro College Theatre Department’s upcoming endeavors will be equally as successful. 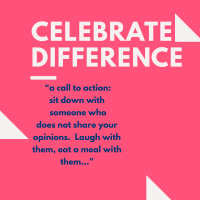